The US Masters may have finally seen Sergio Garcia free himself of golf’s least wanted moniker – apart from worst player in golf- but the year to date has been largely uninspiring. This is what happens when Rory McIlroy, the unquestioned star draw of golf in 2017, is absent from competition. There are of course other star performers on the tour but McIlroy is the one of the few of the new breed with a personality and, like him or not, he does generate column inches.

Tiger’s gradual demise and likely realisation that further professional competition is now forever out of reach for the GOAT has cast a slightly forlorn light on proceedings of late. Still, the show must go on and today sees the players line up for the year’s second major, the US Open Championship.

Erin Hills, Wisconsin plays host to its first ever major championship and with the pre-tournament talk that Erin Hills shares similarities with the Daliesque Chambers Bay, at least in appearance, we’re extremely excited for what the weekend holds in store. The PGA Tour have gone to great lengths to quell any fears over the quality of the greens – Chambers Bay surfaces were just a little quirky – so, at least there should be less whinging from disgruntled players. 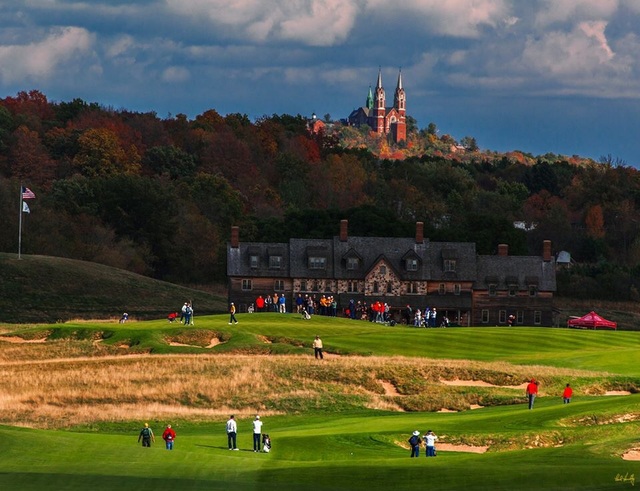 At first, the course sounds like a misnomer as Wisconsin is Irish-midlands flat. But, due to the remarkable effects of glacial erosion, the course presents as “a links course on steroids” according to popular pre-tournament tip, Jon Rahm.

We took a slight sabbatical from writing and gambling, mainly due to the lack of money in both, but there’s nothing like a wide open field with an abundance of seemingly sound betting tips to get the juices flowing again. As usual, we’ll have a quick run through the favourites and then on to our value bets, which shall be conspicuous this week for the absence of future major champion, Brooks Koepka. On the basis of how effortlessly we make a fool of ourselves, Koepka will now in all likelihood win.

It’s nigh on impossible to defend this title and at odds of 7/1, we’ll  be avoiding Dustin Johnson. Also, despite his maiden major victory in 2016, we still have visions of DJ’s meltdown in Chambers Bay dancing in our head.

Jordan Spieth 12/1 certainly showed the mettle to capitalise on Johnson’s slip-up two years ago but the Texan was in the midst of an incredible, perhaps once-in-a-career, run of form. We’re still not sure if he’s banished the ghosts of Augusta 2016 and even with a new, hot putter in hand, we’ll avoid.

Rory McIlroy at 12/1 has to be avoided due to his prolonged absence and uncertainty, at least from an outsider’s perspective, as to how he’ll fare on his return from a lengthier than expected injury-enforced hiatus. After his comments this week, he’ll want to avoid missing the now gigantic fairways.

Which leads us to Jason Day (16/1), the man who would be king at the end of 2015. A propensity for migraines and assorted ailments conspired to derail his game somewhat, at least from its imperious best, in the latter part of 2016. However, when his mother was diagnosed with advanced lung cancer in early 2017, the Australian’s attention was quite naturally averted from the relatively minor distraction of the golf course.

Thankfully, the Queenslander’s mother, ‘Dening’ underwent successful surgery in March and with the important things in order in his life, Day has found form of late once more with finishes of 2nd and T15 at the Byron Nelson and Memorial respectively.

When he’s on it Day can grind with the best of them and while his general stats are down on previous years, these can be ignored given the year he’s had. He hits it long which is a must on the massive, 7,700 yard Erin Hills.

Obviously, given the small sample size of form there are risks involved but with question marks surrounding all the favourites an unusually big 16/1 on the Australian is difficult to ignore. 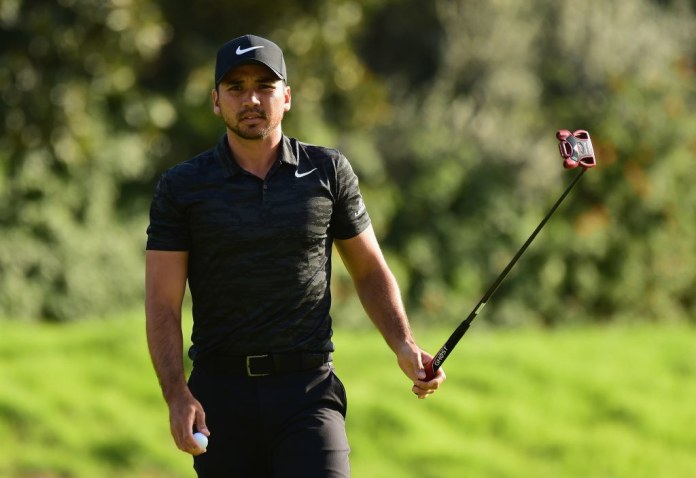 J Day has had a tough year but has returned to form in recent weeks. Our pick of the favourites.

And now on to our selections. While Thursday’s dreams are usually left lying in the gutter before the weekend is out, we’re feeling confident after our lengthy hiatus.

Before you continue with these aimless ramblings, it might be worth reading this excellent, reason-based preview from Betfair.

First, to our honourable mentions.

We’ll be avoiding Spanish wunderkind, Jon Rahm (20/1) but there is a lot of love for him at the moment. His form in the majors is a concern and it’s hard to tell how he might cope down the back nine on Sunday evening. Still, it’s been a great year for the Spanish and there will be plenty of people willing to ignore his lack of experience on this stage.

Branden Grace (40/1)  is a long-standing favourite around these parts and has very impressive major form, including his top 5 at Chambers Bay. Concerns remain over his form this year, however.

Justin Rose (22/1)  appears to only coming round from his Masters defeat at the hands of Garcia. Only those who have been defeated in such a fashion know of the mental toll imparted. Winner at Merrion in 2013, Rose has always struck us as a resilient soul but we get the feeling this one may have come too soon.

Before we move on to our selections it’s worth noting that five of the last six winners of the US Open have been in the top 15 of the Official World Golf Rankings at the time of the victory. None of our picks are currently placed higher than twentieth. To the foolhardy and the dreamers, do read on……

Kisner is flying at the moment, following up his victory at the De Luca Invitational with a 6th at the Memorial. The South Carolina native goes about his business quietly and is largely indistinguishable from the cache of promising thirty-somethings on the PGA Tour. Still, he is very much on an upward curve and his upper mid-table stats in every department mean he’s just the type to hang tough on a course that will play long but also very soft.

The extremely understated Kevin Kisner has been a very popular tip for success this week.

We had high hopes going into the Masters that Oosthuizen could deliver going in under radar, as the highly-talented South Africans generally and rather oddly do prior to major tournaments.

Oosthuizen, winner of the 2010 Open Championship, has a fine record in majors and narrowly missed out in Chambers Bay, where he came home like a train. He obviously handles links-type courses well and his pedigree in big tournaments speaks for itself. Also, and perhaps most importantly, Oosthuizen’s ability to scramble means he’s ideally suited to Erin Hills layout.

Lowry has now officially undergone that difficult Sunday afternoon – a seeming rite of passage for future major winners – after leading into Sunday in last year’s US Open before faltering on the back nine. Traditionally Lowry is streaky and he’s found form again of late and tallied with his top 10 in Chambers Bay, he may not be a bad shout at 66/1. It really comes down to his temperament though and whether last year’s experience will rattle him – think pre-2017 Sergio – or imbue him with the confidence to handle the pressure appropriately.

This hugely talented young Englishman has been tentatively tipped by some to make a major move this week in Wisconsin. Fitzpatrick, a recent winner at the Nordea Masters has recorded the most top ten finishes on the European Tour this season. Driving distance, at a tick over 280 yards, is definitely a concern but his results have been outstanding in recent months and a top 10 finish is comfortably within the twenty-two year olds reach.

While he may rank the lowest (No.69) by a comfortable margin in the OWGR, we’ve got a feeling Shane Lowry is going to very close this weekend. As mentioned earlier, the Offaly-man has a habit of hitting form for a few weeks at a time, slowly building and then delivering an outstanding performance. The past few weeks have shown a marked improvement and Erin Hills should be to his liking.

With their hurlers set for a rough afternoon with Galway, Shane Lowry can give the Offaly faithful something to cheer about on Sunday evening.

It was only two years ago that Lowry broke the world’s top 20 and he is a player of immense talent, but one that really needs to be switched on. The predicted inclement weather will pose few problems and if Lowry has the mental side of his game in order, then he should be able to plot his way around the geological oddity that is Erin Hills. Should he keep his composure then Offaly sport might just have their greatest Sunday since they came in the back door in 1998.