As it turns out, all Ireland needed to do was get New Zealand on neutral soil, in a city sprinkled with a little magic and, most importantly, put in an outstandingly accurate and intense performance for nigh on two hours.

Bizarrely, considering the meeting between the sides in 2013, Ireland managed to fly into Chicago somewhat under the radar. AIG had gone to typically, ludicrous American lengths to promote the game as a showcase for the ‘AIG New Zealand All Blacks’ – the stadium announcer was unintentionally hilarious  – with Ireland seemingly appearing to make up the numbers.

Now, we’ll never know how distracted New Zealand’s players were or whether they really did underestimate Ireland but the pre-match atmosphere, punctuated by the atrocious violin rendition of the almost equally atrocious, Ireland’s Call, gave no intimation of an Irish victory. It is interesting afterwards, that even amongst the burgeoning, Irish 20:20 hindsight community, few were deluded enough to claim that they had predicted a win for Rory Best’s team.

And that, thankfully, is what separates we supporters from Joe Schmidt, his management team and this ever improving, Irish squad. Offensively, Ireland got almost everything right, virtually all of it premeditated, and while there some defensive lapses, Ireland’s discipline meant the New Zealanders were afforded few opportunities to attack in broken play. As Eddie Jones succinctly pointed out that for all their abundant qualities, “the Kiwis aren’t as good off structured possession.”

And, unstructured attack is the essence to New Zealand victories, particularly in the final quarter. When Scott Barrett ploughed straight through the middle for his 63rd-minute try, even the most optimistic Irish supporter must have had visions of the standard, New Zealand late flurry and a scoreboard that might suggest a relative stroll home. However, Ireland’s defence remained both calm and confident, typified by Andrew Trimble’s rush inside that forced an awkward pass to Julian Savea’s back shoulder and Conor Murray’s nation-rousing smash of Julian Savea behind the Kiwi goal-line. 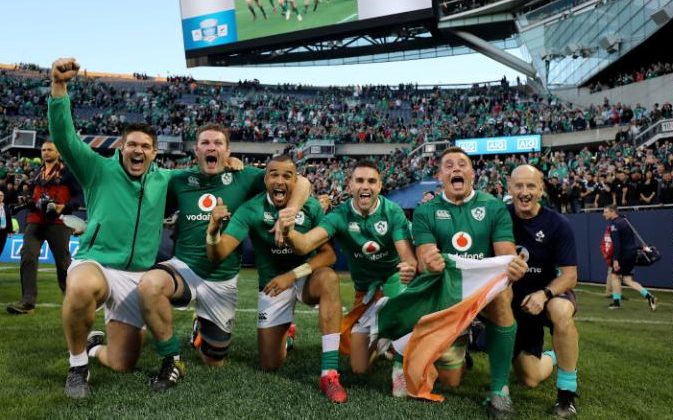 Ireland did not hang on but, rather, finished emphatically with Robbie Henshaw’s try – one that just gets better with repeat viewings – so there is no sense that Ireland fluked a victory. That said, Irish people, not necessarily the Irish team, need to temper their excitement. Appearing on Off The Ball last Friday night, Brian O’ Driscoll good-naturedly observed that the Irish public really only seem to view this team in extremes after the presenters mulled over just how amazing Ireland might be. And, let’s not pretend we didn’t get caught up in that euphoria for a few days.

Meanwhile, on Second Captains Matt Williams – alumni of the same school of nonsense as Michael Owen – rambled endlessly about how important his views were while somewhat ludicrously suggesting injuries had nothing at all to do with Ireland’s World Cup exit. If you listen carefully enough, you can almost hear Williams suggest that Ireland are now playing to their true potential because Schmidt, at last, has seen the light and begun to heed the Australian’s advice. Some man, Matt!

Anyway, back to our visitors. New Zealand have never found themselves in this position before against Ireland so, as Brent Pope noted on RTE 1 Radio on Sunday, the real pressure is on Steve Hansen’s side, particularly back home where the expectations are exacting. Obviously, Ireland will be focused and determined but the longstanding, historical pressure has been alleviated after the victory in Chicago. New Zealand, having lost their undefeated record to Ireland may well feel the heat from their supporters if they lose consecutive tests to Ireland, despite only weeks ago being championed as the greatest team of all time.

After some amateur research, we figured that New Zealand’s win percentage when facing a team who has beaten them in their last encounter stands at 71 percent. Now, two weeks ago Ireland had a 0 percent success rate against New Zealand so, in relation to the largely unhelpful application of statistics to different teams through different eras, a 29 percent chance of success sounds just fine. Anyway, while we don’t know how Joe Schmidt’s mind works, one suspects he cares little for the historical response of New Zealand sides to defeat and more what they will bring to this particular contest on Saturday.

The return of the world’s best, though assuredly rusty, second-row pairing of Brodie Retallick and Sam Whitelock is a major fillip and it would be errant to think Ireland will enjoy the lineout dominance of Soldier Field. The returning duo offer the traditional skills of a lock, and in Retallick in particular, excellent ball handling skills in midfield, akin to Connacht’s 2015 star, Aly Muldowney.

The returning Sam Whitelock (l) and Brodie Retallick (r) could have a decisive effect on the outcome of Saturday’s match. (courtesy of http://www.lintottphoto.co.nz)

In midfield, New Zealand are down to their last men standing, Anton Lienert-Brown and Malakai Fekitoa, which may actually prove to their advantage as this is a more balanced 12-13 combination. Ireland, however, can claim superiority in this area of the field, as Robbie Henshaw and Jared Payne have developed a superb understanding, the odd rush out of the defensive line excepted. Even during the Rugby Championship, where New Zealand enjoyed near, total dominance, the feeling was that their midfield was relatively average, particularly compared to those who had come before.

Israel Dagg’s return will strengthen the back three, particularly in the aerial battle,  but you get the feeling that if New Zealand are to win, the returns of the aforementioned second-rows and Aaron Smith’s form will have a far greater influence. Conor Murray’s outstanding performances of late have called some to label him the best nine in the world , so Smith will hope to put his toilet issues behind him and remind those watching of his sublime, pre-summer form.

To counter this, Ireland need to find new points of attack, and for this reason, it is objectively, understandable that Sean O’ Brien starts for his near unmatchable ball-carrying skills. Josh van der Flier, excellent in his 55-minute shift in Chicago, is the one to miss out but, Schmidt picks players to do a job for the team. So, outstanding as van der Flier was a fortnight ago, the head coach obviously believes O’ Brien can offer more to the team from the off. Detached and simple. While van der Flier will care little for the irony of the situation, he was the man who replaced Tommy O’ Donnell in the starting line-up against England in this year’s Six nations after the latter had performed superbly off the bench in Paris in Ireland’s previous outing. 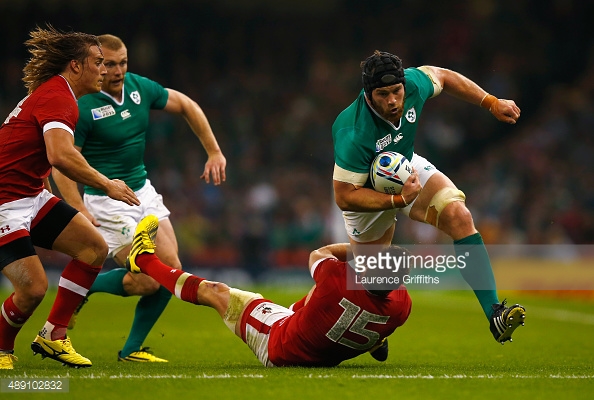 Joe Schmidt will already have drilled all the fundamentals – accuracy, intensity, discipline- into his side, so it will be very interesting to see what new plans he devises, particularly with the likely negation of the set-piece as an offensive weapon.

If Ireland are to cause serious problems for the world’s number one side then Rob Kearney will need to back up his best offensive performance in years, supplemented by another career-best outing from Simon Zebo. The same could be applied to most of the Irish side, but the reality is they will somehow need to improve upon the performance of a fortnight ago.

Oddly enough, despite winning a fortnight ago, Ireland are the ones with more questions to answer, but this comes with the territory when facing New Zealand. The visitors are close to full strength, have a score to settle in their minds and will feel they owe themselves and their coaching team a vastly improved performance. Ireland were so deservedly victors on that incredible afternoon on the south side of Chicago, but we all knew that Retallick and Whitelock’s absences presented a huge opportunity.

While we wrote about intangibles and the atmosphere in a city gone mad, clutched at straws basically, to suggest we could even get close last time, the argument for Ireland should be more compelling this weekend. Also, any suggestion that Ireland will tire in the final quarter seems moot as the entire team bar O’ Brien had last weekend off and the chances are the Tullow man may only be used for an hour. New Zealand, however, have been badly stung and they will not be complacent this time.

Still, Ireland have the opportunity to be the first side to go back-to-back against New Zealand since South Africa in 2009 and a lot of this Irish team will be facing the Kiwis in a red jersey next June. New Zealand’s players assuredly cannot imagine or allow for a scenario where they could lose three in a row to the same opponents. They should escape with a victory, but only just.