Of the eighty-nine players set to tackle Augusta National this week, there can surely be none more buoyant or ebullient than Jim Herman. After years of toil, anonymity and relative financial struggle, the thirty-eight year old enjoyed a magnificent maiden victory at the Houston Open last weekend. Herman’s reward was not only, however, personal gratification and a hefty pay-cheque, for as winner, he happened upon the final golden ticket. And, while Charlie’s ticket led to a psychedelic chocolate factory, Herman was the lucky recipient of the final spot in the 2016 US Masters at Augusta National. 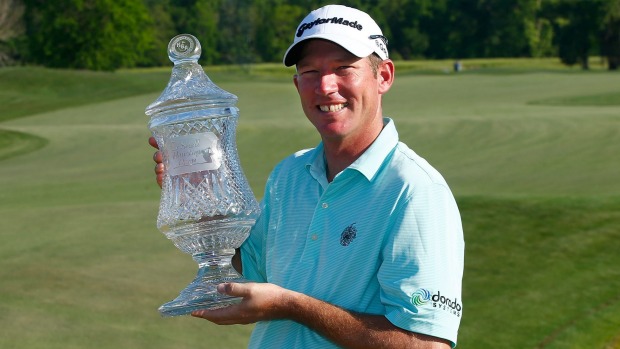 Once all-timers Jack Nicklaus and Gary Player fire off the ceremonial opening shots, Herman, a guy with designs on a solid share of the purse last week, will get to hit the first competitive drive in this year’s tournament. It would be trite to presume what thoughts are going through the genial Cincinnati natives head, but considering his rookie season came in 2011 at the age of 33, we’ll venture that he’s on a different plane to most this week.

This year’s Masters is presenting as a complete conundrum with a solid case to be made for all of the ‘Big Five’ and about a half dozen more.  Before we look to our value bets, let’s consider this year’s favourites, casting an eye first over 2015 champion, Jordan Spieth (15/2). For those with foggy memories, Spieth’s performance last year matched the then record-breaking feats of one Eldrick ‘Tiger’ Woods in 1996. Even having allowed himself cruise through the Sunday evening, the Texan came home on 18 under par suggesting an ominous portent, at least for his opposition, of things to come.

Of course, Spieth just about overcame Dustin ‘bet on him at your peril’ Johnson on the trippy Chambers Bay and looked set to take a complete stranglehold on the game. A quiet end to the summer saw more domination in the early season, but recently it seems that Spieth has been wildly wayward, spraying the ball left and right, showing a relative disdain for anything approaching consistency.

Now, to be clear, Spieth can get away with hitting less fairways than pretty much anyone on tour, given his uncanny ability to somehow find the greens from exotic locations. His putting is superb also, as proven last year and in his debut tied-second in 2015. And, yet, there is the nagging suspicion that his game may be slightly awry. True, it sounds crazy to ignore a player who hasn’t finished outside the top two in his only visits to Augusta, but given the slight unknowns, we’ll look elsewhere.

Rory McIlroy (9/1) will have his supporters this week, and his fourth place last year shows a marked improvement around a course which may still spook the Down man. It was interesting to read strength and conditioning guru Mike McGurn’s comments of the benefits of three hours of gym work daily in tandem with The Irish Times, Brian O’ Connor’s insistence that it is golfing acumen that really matters in those championship moments. It’s an interesting juxtaposition, and while fitness gurus may argue that physical fitness keeps you mentally sharp, it doesn’t give you the composure or fortitude to perform under immense pressure. McIlroy will definitely win here sometime, but for us that time is not now. 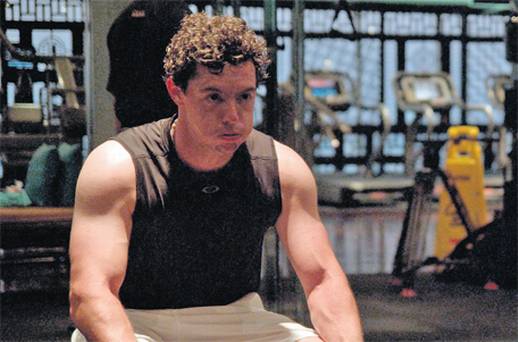 Rory McIlroy appears to be going down the same route as Tiger Woods when it comes to gym work.

There’s plenty to like about Bubba Watson (11/1), nothing more so that the fact that he, like the San Francisco Giants baseball team, is on an even year symmetry of victory, after his 2012 and 2014 triumphs. A less-delusional, fact based guide may be the fact that the heavy rainfall last week will both benefit the big-hitters, McIlroy and Watson, while also making soft landing pads of Augusta’s traditional treacherous greens. Marsh Benson, the head green  keeper has endeavoured all year to return the greens to their most devilish, and heavy rain will have been the last thing he wanted.

An almost bullet-proof argument can be made for Adam Scott (11/1), the man the golfing world thought would implode without his belly-putter. Well, Scott has proved this hypothesis spectacularly wrong, going 1st, 1st, 2nd in an outrageously impressive streak earlier in the year. In fact, if we were betting on any one of the ‘big five’ and we happened to be rational folks, Scott at 11/1 would be the sensible bet.

In any event, we’re not and we can’t look past the extraordinarily locked-in, Jason Day (13/2). He followed victory in The Arnold Palmer Invitaional with an imperious week’s golf at the World Matchplay Championship, his victory coinciding with his rise to the summit of world golf.

Day’s game looked phenomenal at the back end of 2015, and having seemingly overcome his plight of injuries – an area in which he can admittedly be a bit Daniel Sturridge-like at times – the Australian looks to be performing as well as he has ever done. His putting is outstanding and, while not in the Watson or McIlroy realm of driving, his rank of 20th on the PGA Tour means he’s still well above average in this department. Last year aside, his form around Augusta is outstanding and it wouldn’t surprise to see a Scott-Day shoot-out on Sunday evening.

The reality is that the names we’ve mentioned so far, except Jim Herman – sorry Jim – all have exceptional chances of victory but there’s each-way value out there so let’s look further afield.

Rickie Fowler 14/1: Proven performer at majors since 2014 and winner of the Players Championship last year. And yet, a little too short in price for our liking for a guy who still hasn’t won a major.

Phil Mickelson 18/1:  Three-time winner and king of this course, finding form at the right time. However, the age profile doesn’t quite fit and again neither does that price. We’d have jumped at 25/1

Sergio Garcia 55/1: Because you just can’t trust Sergio at a major anymore.

First up, Stenson may have never lit Augusta up but a best finish of 14th in 2014 means the course holds no great fears for the Swede. More importantly, after a bit of a dip in performance last year, Stenson brings terrific form to Georgia with a tied 3rd and a 2nd in his last two tournaments.

There are plenty of compelling reasons to like Stenson’s chances. A little glimpse at his season stats have him ranked as 5th in the strokes gained department and he makes a ton of birdies.

He’s experienced, has a good mentality and importantly comes to Augusta National with form.  Another player to, hopefully, take leave of the ‘greatest to have never won a major’ list?

If you cast your eye over the recent winners of the Masters, you’ll note that the winner is extremely proficient in at least two of the following categories: driving, fairways hit, greens-in-regulation, scrambling, putting. Leishman definitely ticks the box for driving and scrambling, and the beauty of being a big-hitter is that even if you’re as accurate as Bosko Balaban, you’re still going to be closer to the green than the majority of the field.

For a guy that doesn’t win all that regularly, Leishman has excellent major form, 4th in the 2014 Masters and more recently a playoff defeat away from victory at last year’s windswept British Open.

Big price and a bit of a risk, but in this world of unknowns a really solid, each-way candidate.

Schwartzel’s countrymen, Branden Grace and Louis Oosthuizen won us a few quid last year, so we’re going to stick with the South African theme for our third pick. A winner here in 2011, Schwartzel has found serious form this season, with two victories on the European Tour and more recently success in March at the Valspar Championship.

We have a feeling 2011 champion, Charl Schwartzel is going to be right in the mix come Sunday evening. (Courtesy of Getty Images)

Look at this pragmatically. Schwartzel is by a country mile the longest odds available on any winner of the Masters this decade. The next is Mickelson at 18/1. And, other than Scott, Schwartzel is the only other member of that quintet to have won a tournament in March.

As George Bernard Shaw once said, “A life spent making mistakes is not only more honorable, but more useful than a life spent doing nothing.”

Some day this bet won’t look so ludicrous.

The vagaries in picking this year’s winner at Augusta National mean the sensible amongst you will probably keep your money in your pocket. (For everybody else, see G.B. Shaw quote above) But, for what it’s worth, we’re picturing Day, Scott and Schwartzel locked in a titanic battle down the stretch on Sunday.

Enjoy it and take it all in, particularly the serenity. And the azaleas! There’s no other tournament quite like it.

Shop around for your bets. Paddy Power are paying 7 places, but beware as it’s only on 1/5 of the odds.