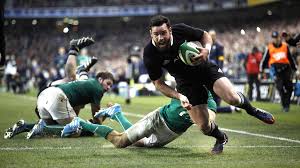 After Irish journalists and ‘rugby’ people took turns hopping off Bundee Aki and CJ Stander in the last couple of years, it seems the Kiwis are miffed at the fact that European sides – particularly England and Ireland – are displaying the temerity to pick the players New Zealand don’t want. We’re largely unmoved by the rule either way. International rugby is a pretty closed shop – you’d be pushed to name ten top-tier international sides- so if a rule exists to allow players experience international rugby, so be it. To assist the slightly myopic aspect of our argument, it’s worth noting that Ireland have, thus far, taken advantage of the residency rule by moving for players who had been overlooked in their own countries.

If Brad Shields last week and now, Aki, this week are to be at the core of Kiwi whining then why not look to the age-old hypocrisy stemming from New Zealand when it comes to international selection policies. The “All Blacks continue to cynically and systematically loot the Pacific Islands of their best players. It’s an old and depressing story and nobody in New Zealand has been able to give a convincing defence of their actions.”

These are not in fact the words of our learned Minister for Sport, Shane Ross, but an article written by Brendan Gallagher which appeared in the Daily Telegraph during the grim Lions tour to New Zealand in 2005. There is the caveat that British and Irish folk were becoming dispirited and bitter after being beaten and humbled from the deep south up to Auckland and everywhere in between.

Nevertheless, Gallagher argued that New Zealand have long been happy to lure the best talent of Fiji, Samoa and Tonga to their rugby nurseries and ultimately give them an opportunity to don the most famous jersey in world rugby. During that summer, we were lucky enough to witness Sitiveni Sivivatu, , born and bred in Fiji, give one of the most dominant wing performances ever, dominating an all-time great in Shane Williams and helping New Zealand decimate the Lions in Wellington. Yet even when joking, it stung any Kiwis when you accused them of poaching the best players their neighbours had to offer. 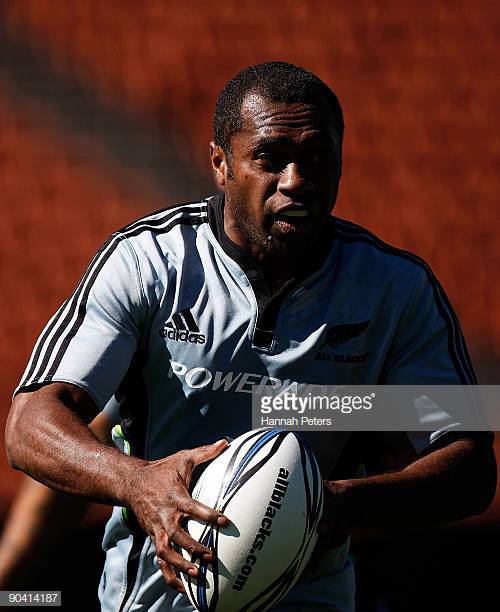 Sitiveni Sivivatu from Fiji’s Yasawa Islands is regarded as one of the best wingers to ever wear the New Zealand jersey. (photo Getty Images)

The bare facts don’t lie, though. It suits New Zealand and Australia for the Fijians, Samoans and Tongans to produce incomparable raw talent without ever possessing the financial strength to keep their players from moving to the richer pastures of Auckland and Sydney. With the three island nations so close in proximity to the Antipodes, surely it would behove the traditional powerhouses to foster the well-being of the international game. Perhaps when it comes to the notion of teams naturalising or poaching players, are teams are equal but some are more equal than others.

In any event, if Ireland are going to prevail on Saturday night in what promises to be an all-time atmosphere, Aki and, particularly, Stander need to excel. Aki has grown into his role as the anchor of the Irish midfield and while he does not possess the wide passing skills of some of his counterparts, he has the ability to beat the first tackle, brings the rare attribute to the Irish midfield of a potential offload and displays unwavering enthusiasm in all facets of his game.

New Zealand can lay claim, whether they like it or not, to changing the rules of the game the last time they visited Dublin. Malakai Fekitoa and Sam Kane in particular got away with some high stuff but amidst the furore over the high shots, Kieran Read managed to avoid one of the most blatant yellow card/penalty try combos in rugby history.

Stander was one of the players on the receiving end of Kane’s indiscipline with his night ending earlier than anticipated. Given his recent lull in form, he really needs a big performance against the best team and number eight, respectively, in world rugby. Stander has been exceptionally consistent since the 2015/2016 season, when he seemed to take ownership of the man of the match award in any Muster game, but he has failed to ignite thus far this season. That statement is made in light of the fact that he is still among the top tacklers and carriers in every game but the thrust of his ball carrying has been blunted.

Sean O’Brien’s absence means that Stander now, more than ever, must dominate the contact area and give Ireland go forward ball. He made two of the most important plays in Chicago, a powerful burrow through three would be New Zealand tacklers for Ireland’s second try and a subtle check of Owen Franks in the built up to Conor Murray’s now iconic score. Ireland won’t necessarily require Stander to put his name on the score sheet but in tandem with Peter O’ Mahony and Dan Leavy he can at least gain parity against a Kiwi trio that doesn’t quite hold up to the exceptional back-rows of New Zealand past.

Joe Schmidt thankfully put the great Conor Murray debate to bed on Monday but it’s difficult to ignore just how important the Limerick man was to victory to Ireland in Soldier Field. Admittedly, he got skinned early doors by Beauden Barrett two weeks later but Murray’s decisiveness in attack and defence was probably the difference in the Second City. This is the deepest squad in Irish history but every dominant team – think Brazil 1958-1970 with Pele or Barcelona with Messi – has its MVP and Murray is that for this Irish team. No one is crying for Ireland’s injury issues, obviously, but it would be in many ways their greatest ever achievement if they could overcome the World Champions without their most important player.

Having said all that, New Zealand come to Dublin on the back of a pretty patchy run of form by their standards. Their patented late game heroics saw them scrape home in South Africa and a frankly unfair, or at least inconsistent, call against Courtney Lawes last week likely spared their blushes in Twickenham. The team is still stacked to the brim with quality but when you look at the dream team that won the last World Cup – they too only scraped by South Africa – this looks like a good but not great iteration of New Zealand.

As has been pointed out this week, New Zealand’s line out was immense for the last hour in Twickenham and Ireland’s was about as bad as anyone can remember for a number of years with Argentina always competitive on Rory Best’s throws. Brodie Retallick confirmed last week that he still sets the bar when it comes to second row forwards. The intro to Ghostface Killah’s ‘The Champ’  – “He’s a bulldozer with a wrecking ball attached, he’ll leave a ring around your eyes and thread marks on your back ….” – aptly describes the Kiwi lock’s destructive abilities and he is probably the most complete forward in world rugby. Ireland simply have to improve to compete and Devin Toner’s selection sees a return to fundamentals. Parity in the lineout will be a victory for Ireland.

There is just the slightest feeling that New Zealand were complacent going to the junket in Soldier Field and that Ireland caught them unawares. They would have been satisfied two weeks later when a show of equal parts brilliance and brutality restored the normal order. However, just nine months later the core of that Irish team played a vital role in earning the Lions a draw in New Zealand and proving for the first time to this New Zealand team that there’s more to the Northern Hemisphere than Sky Sports embarrassingly hyperbolic pre-match coverage. It feels as if Joe Schmidt’s side want to use Saturday night to show that this team is here to stay as a threat to New Zealand and that all has changed utterly.

Gerry Thornley rightly pointed out earlier this week that this encounter should be enjoyed as a standalone contest and thoughts of the World Cup should be eschewed for the night. And, while this is a fair point everyone will remember England’s statement victories over Australia and New Zealand in 2002 en-route to their victory in Australia the following year. Ireland have already ticked the box of a series victory south of the equator so imagine the impact a victory over the double world champions would have a mere ten months out from the World Cup in Japan. Particularly when you consider that if everything goes according to plan, the sides will be meeting again on an autumn night in Tokyo.

New Zealand will try to step on Ireland’s throat early and silence what will be a rarely animated home crowd so Ireland need to be prepared for brutality in the opening exchanges. More importantly the home team need to solidify the set piece as if they get on the wrong side of Wayne Barnes, Jonathan Sexton and Peter O’ Mahony will become crankier than usual.

It’s hard to remember an Irish rugby match being so hyped. These occasions rarely deliver on expectations, though, and the feeling is that New Zealand will shade this contest by the width of an offside line.