If rugby league is to blame for Sonny-Bill Williams dangerous shot on Anthony Watson last weekend then what was Sam Cane’s excuse in November when he banjaxed Robbie Henshaw? It’s difficult to know really but Williams, as has been revealed to a greater extent this week in the New Zealand press, is not a particularly popular sort at home. Like Jared Hayne, another NRL superstar from across the Tasman, Williams has had the temerity to try his hand at other sports. Hayne, to be fair, does seem to be a particularly self-absorbed guy, but Sonny-Bill seems a decent if somewhat overt guy. And, when he came on at half-time and entirely changed the course of the game in the 2015 Rugby World Cup Final, the dissenters were less clearly heard.

There appears to be an unwritten rule that you can either like rugby league or union, but never both. Incidentally, after the All-Ireland Hurling Final, our favourite annual sporting event is the State of Origin clash between New South Wales and Queensland. But, anyway, there appears to be constant sniping, particularly in the southern hemisphere, between the two codes. The latest barbs are irrational at the least, particularly considering the NRL outlawed defensive shoulder charges in 2015.

Now, a logical person might consider the fact that Sonny-Bill was a league player by trade before he moved to union and subsequently proved instrumental to New Zealand retaining the William Webb Ellis. Then, they might realise that New Zealand rugby union has actually profited greatly from Williams’ presence in their game. However, every great drama requires a villain and thus it falls to the Aucklander to fulfil this role.

While the Lions chose to rest the bodies this week in Queenstown, New Zealand immediately returned to the training paddock with revenge on their minds. Being completely objective, New Zealand probably shouldn’t have been too dismayed by the fact that they largely bossed a game where they were at a numerical disadvantage for 45 minutes. The Lions pack, and back row specifically, provided an improved showing but they played for 45 minutes against a seven-man pack. We illustrate these facts not because we like to rain on a parade but because there has been just a little too much back slapping going on amongst the media and public in Britain and Ireland this week.

New Zealand return to Auckland in a game they simply must win and despite the fact that they are under immense pressure, they generally respond extraordinarily well to defeats. The flip side, of course, is that the Lions genuinely are not under much pressure. Before the tour commenced, a New Zealand clean sweep in the test series was only available at even money, and after the sluggish victory over the Provincial Barbarians, these odds seemed a little generous.

The first test didn’t do a huge amount to inspire hopes of a Lions comeback but the reality is that New Zealand, who rightly garner praise as the greatest attacking team on the planet, failed to ignite in the back line. Indeed, the best tries of the test series so far have been scored by Taulupe Faletau and Liam Williams on the back of sweeping length of the field moves. And yet, it took an erratic kicking display from Beauden Barrett, a slightly fortuitous penalty and a one-man advantage to overcome the hosts.

The Owen Farrell-Johnny Sexton axis provided the genesis for both tries last Saturday and while it was widely acknowledged that Ben Te’o was unlucky to lose his berth, the Worcester man is not a good distributor of the ball. Practically all of the Lions success has come in the wider channels so it is understandable that T’eo had to make way.

Much has been made of the way New Zealand responded to their defeat in Chicago last November by turning up in Dublin a fortnight later and both legally and illegally, physically overpowering Ireland. While there were notable shots from Cane and Waisake Naholo and one of the most blatant scrum infringements you’re ever likely to see from Kieran Read – thou shalt not penalise a New Zealand captain – the visitors physically dominated in every facet of the game. Their rucking was immense, line speed almost imperceptibly fast and they were superior in the collision. Forewarned in this case is certainly forearmed.

In an unusual development that few would have predicted six weeks ago, the visitors have had the lion’ s share – unforgivable pun intended – of their success in the wider channels. New Zealand’s pack has rarely been under pressure, remember they had seven in there for most of last week’s encounter, but their backline has both failed to spark and shown defensive frailties. While the fears from this part of the world were that the gruelling pre-test encounters would see a rising injury toll for the Lions it is actually the World champions who have suffered. Ryan Crotty, their midfield general and rugby’s preeminent full-back, Ben Smith are huge losses and the Lions have thankfully been able to take advantage of these absences. Warren Gatland will hardly lament the loss of Sonny-Bill either.

Ngani Laumape appeared to be a difficult sort to halt with ball in hand but as the week has passed, more and more seasoned observers have pointed to his defensive deficiencies, although it was Israel Dagg ultimately who got steamrolled by Taulupe Faletau.

Jordie Barrett’s inclusion at full-back serves as both an attacking fillip but also a potential safety net should big brother, Beauden falter from the kicking tee once more. Julian Savea’s return immediately gives that back three a more complete look, even if the Hurricane is somewhat out of form.

Sky Sports probably used up a generation’s worth of hyperbole last weekend but there is no denying that Saturday’s game is the most highly anticipated rugby match since the 2015 World Cup final. Despite the extraordinary success of this current Kiwi team, the demanding New Zealand rugby public will forever mark an asterisk against their achievements should they fail to overcome a makeshift team on home soil.

Interestingly, New Zealand have been the ones doing most of the crying this week about poor officiating. Obviously, they will be looking to influence Roman Poite but French referees, generally to their credit, are not known for wavering. The general consensus is that French referees play it to the law, while Jaco Peyper seems to hold the silver fern in the highest regard. Regardless, if the Lions are as ill-disciplined as last weekend, they will deservedly lose. 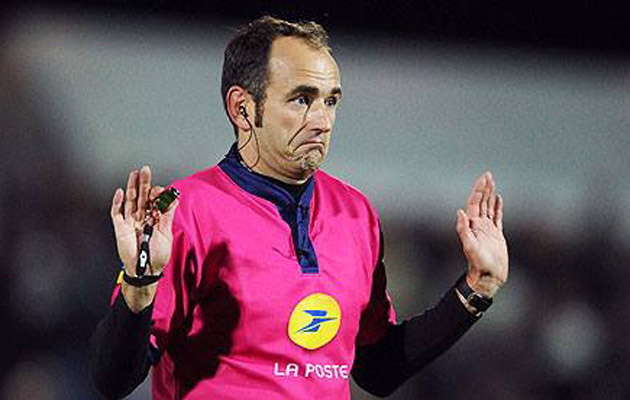 Roman Poite, a good, headstrong French man, is unlikely to be swayed by either side.

It’s unlikely that any Lions side will ever again have such an incredible opportunity for a series win in New Zealand. We’re not saying it’s impossible but this is a serious Lions team, New Zealand are without crucial players and future test series will probably be played over one weekend if English and French clubs get their way.

Yes, it’s fortress Eden Park and hell hath no fury like a New Zealand team scorned but people said the same thing about Kilkenny and then Wexford turned them over twice in quick succession. This is going to be violent, intense, breathless rugby, just what we all love, but it will require cool heads to prevail. For once, the Lions may possess just as many of these required leaders as their illustrious hosts. In a white-hot battle, Lions by two.