RTE nailed it. Back in 1985, the national broadcaster devised an annual sports award, the RTE Sports Person of the Year Award to recognise the achievements of Ireland’s greatest sports person in any given year. In a moment of inspiration, somebody in the creative department decided to forego the moniker of Sports Personality of the Year.

If only the BBC had done the same. Then, perhaps they would have avoided the shit storm surrounding the nomination of the societal pillar, Tyson Fury, for 2015 Sports Personality of the Year.

Now, to be clear, Fury’s comments to the Mail on Sunday in November – wherein he bizarrely and misguidedly bracketed homosexuality and paedophilia together –  were incredibly insulting and derogatory. He coupled these views with his pointedly misogynistic views about heptathlete Jessica Ennis, and, all women.

However, the problem here is that the SPOTY awards are intended to recognise the sporting achievements of any British man or woman in a given calendar year. The awards do not specify in their selection criteria, award-winning humanitarian or crusader for social justice.

Take the time to look through past winners and you’ll see some extremely talented sports people with highly questionable characters.  Not naming names here but you have a philanderer here, a misogynist there and maybe a drug cheat in the middle, just for good measure.

There is clearly excessive focus on the ‘Personality’ aspect of the award. Even on a practical level, how could you give such an award to Andy Murray.  Obviously, the Scotsman is a phenomenal tennis player but he’s not exactly a guy who’d light the room up when he walks in. This award, despite its title, is intended to honour the greatest British sporting success of the past year. Not their personality.

Occasionally the winner happens to be very personable and charming, like Jessica-Ennis Hill or David Beckham. Or, it’s been the archetypal larger-than-life character, like Sir Ian Botham or Andrew ‘Freddie’ Flintoff. Or sometimes, just to ratchet up the ire, the winner can even be Irish, like Barry McGuigan.

There have been some winners of the award who’ve managed to marry their incredible sporting success with their amazing personalities. However, in the truest sense of the word ‘personality’ is largely superfluous in the context of the award. For god’s sake, Nick Faldo! And, a fucking super injunction for the most Teflon coated man in the world. 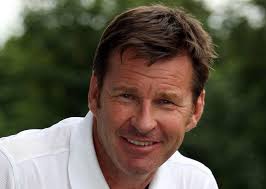 Tyson Fury has rightly been censured for his homophobic remarks but to counter-balance the brouhaha, one should consider the context in which the comments were made. As anyone who watches sport and actually admires Tyson Fury’s sporting achievements will know, the Mancunian has a proud heritage. Both his parents were born in Ireland and his family is steeped in the traditions of the Travelling community.

Fury himself has said that his was a strict Catholic upbringing, which appears to have been based largely on the fire and brimstone of the Old Testament.  Now, as a caveat, please note that this is not nor will it ever be a forum for spouting religious views. If you have faith in a dancing snowman who rides around on a unicorn and this belief makes you a kinder, better person, then go for it. Similarly, Allah. Or God. Or Gautama Buddha.

But, in any event, this is what a young Tyson Fury was taught. He did try and explain his comments to a certain extent, saying “that’s what the Bible taught me.” However, it’s dangerous to invest too much faith in any one book or as with mass media, to believe everything you read.

Separately, Fury’s comments about Ennis-Hill were misogynistic but as Malachy Clerkin pointed out in an excellent article in this week’s Irish Times, sport is fraught with underlying misogyny. A lot of people are, by and large, full of sanctimonious, self-serving shit and will readily move from this week’s latest hot, social justice topic to the next. But, if women are largely ignored in sport, then as Mr Clerkin pointed out, a petition isn’t going to do much about it.

The gentleman from Manchester who reported Fury’s comments to the Manchester Metropolitan Police hit the nail on the head when he said that Fury is entitled to his comments, but, when they are vitriolic and ignorant, they should probably be kept himself. That, however, is a point to be made in relation to wider society in general.

Tyson Fury is a professional boxer, a profession where thoughtfulness and self-awareness are not exactly rife. He’s also a self-promoter who can’t keep his name out of the news.

To return to our original point, he recently became the eighth British Heavyweight World Champion of all time and that, in the singularity of sporting achievement, should be respected. He deposed one of the greatest and most achingly boring heavyweight champions of all time, Wladimir Klitschko. And, for the sentimentalists out there, remember that Muhammad Ali, as amazing a man as he is, made some reprehensible comments in his own time.

So, as some people remount their social media high-horse, remember that Tyson Fury is a professional boxer with misguided thoughts. And, when the ire recedes, remember that, in all likelihood, a racist asshole is about to win the Republican nomination for the American presidential race. Guide your anger where it actually matters.

One thought on “Send your Fury elsewhere”