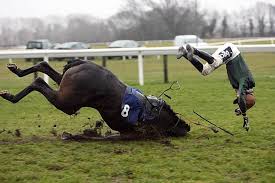 The recently announced retirement of A.P. McCoy, jump racing’s leading race winner of all time, first past the post 4330 times and counting, and arguably National Hunt Racing’s greatest jockey of all time has been met with the sort of effusive praise and celebration that is reserved for Irish sport’s national treasures; O’Driscoll, O’ Gara, Carey, McGrath and surely in the near future Shefflin.

The fanfare surrounding McCoy’s imminent departure is in many ways all the more impressive as horse racing does not enjoy the same universal appeal and popularity as soccer, GAA or rugby, despite what the hardcore racing man or woman will tell you. True the Grand National, Gold Cup and to a lesser extent the Derby capture the imagination of the country but these are three of several thousand races televised races in a year. However certain jockeys like McCoy, Ruby Walsh, Barry Geraghty, and Lester Piggott and Richard Dunwoody before them transcend all sport.

There is something undeniably unique about the jockey. The skill set possessed is remarkable: the obvious things like incredible fitness, balance, timing and gutsiness are there for all to see. But then there is the endlessly impressive mental toughness and ability to endure incredible physical pain, while most of the time dehydrated and massively underweight.

More so today than ever before, an incredible emphasis is placed on nutrition and sports science but it is my understanding that in horse racing the horse is the focus of this practice. Presumably it does not take a sports scientist to tell the jockey to starve yourself, smoke like a trooper to subside the pangs of hunger and learn to love the sauna to ensure you can make weight. The demands are incredible, the risks even more so and it’s very difficult to think of another sport where the human participant puts themselves at such risk both physically and mentally, while simultaneously applying their unique skill-set.

A quote of McCoy’s which appeared in many publications in recent weeks jumps out and is surely a line one will only hear from a jockey, and particularly a national hunt one, in terms of the attitude towards competing when the body has been physically beaten to a pulp. Speaking about possibly riding 300 winners this year, the Champion Jockey stated,

“…I got injured at Worcester one day – I dislocated my collarbone, I punctured my lung and I broke a couple of ribs – and the crazy thing about it was I went back racing three days later thinking I could get through it.”

Unfortunately, but perhaps inevitably, for McCoy he broke the dislocated collarbone not long after and was required to stand down for……. three weeks. Frankly, that alone I find hard to fathom. The commitment, desire and plain old fashioned toughness shown by these men is something to truly marvel.

Despite his seemingly endless stream of personal achievements in the realms of both chasing and hurdling, perhaps what A.P. McCoy will be best remembered for is the true grit and almost superhuman threshold for pain, arguably unique amongst jockeys, that set him apart from even his own band of brothers.